I have 3 words to define gorgeous. Kim. Woo. Bin.  There is much debate about wether he is handsome, because Kim Woo Bin is sometimes surrounded by tons of pretty boys (flower boys) in his age group in the industry.  I say there is no argument there, and no doubt in my mind that he qualifies for “Phine”.  His kind of “Phine” makes me want to sing (think Michael Jackson’s “the girl is mine” and replace those words with “the boy is Phine”).  His look is manly sexy, and I’d take that any day over pretty.

His tall physique makes clothes look 1000 times better.  He takes a mean picture – his modeling days proves that.  He has a super sexy side profile, wicked jawline, eyebrows that cannot be beat.  His voice is divine, and his walk is dripping with sexy attitude.  And the eyes, oh those intense, insanely beautiful eyes.  He can glare at me all day any day!

So here’s my list of the 10 beautiful faces of Kim Woo Bin.

I’ve shared this pict before, and while Kim Woo Bin is made up to the hilt for this modeling shot, it is the coolest one I’ve seen and it has a splash of Woo Bin Humor….Love it! 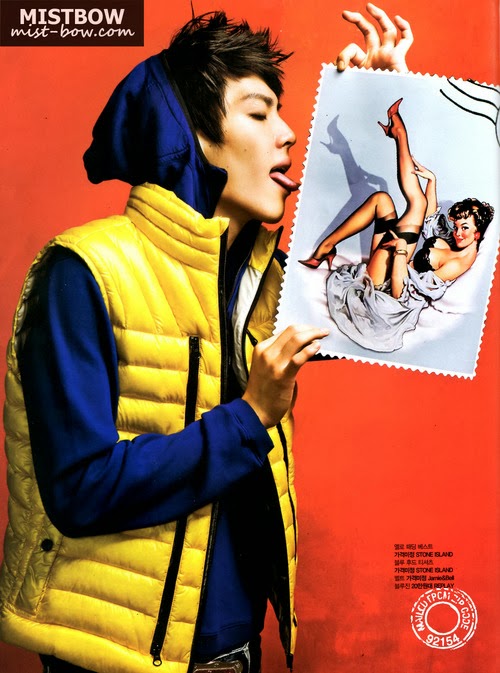 LOVE the stare.  Makes a girl want to BE that apple. 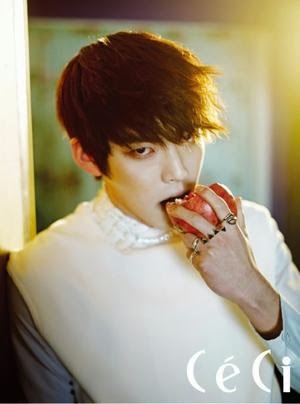 Even though Woo Bin’s bad-boy sexy, he still has a boyishly captivating smile to win all the girls’ hearts. 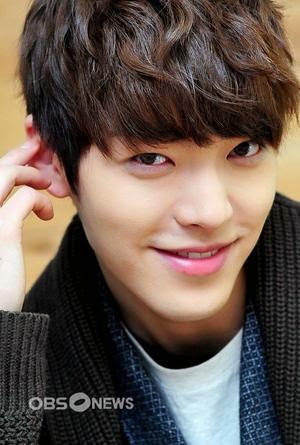 Another model pict.  Even through all that make up, Woo Bin still manages to look masculine and sexy. 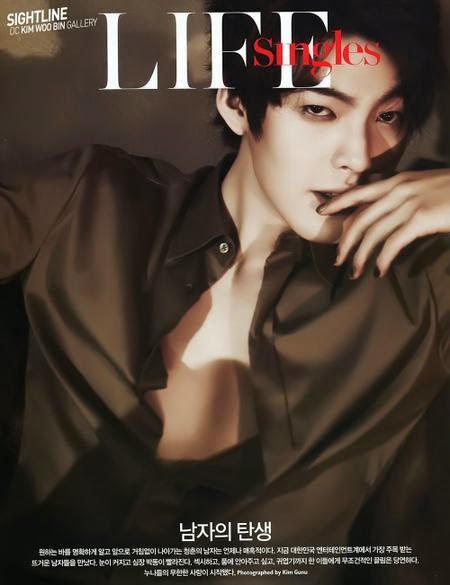 Woo Bin should never, ever wear his hair over those gorgeously arched eyebrows. And the jawline – beautiful! 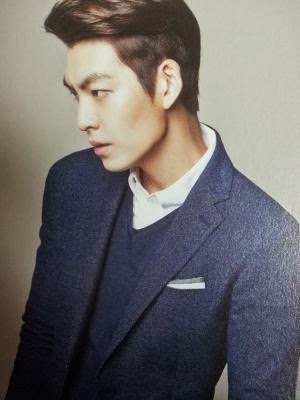 It’s not that cold where I live but this pict sure makes me want to buy a jacket like that.  Kim Woo Bin is rockin’ it. 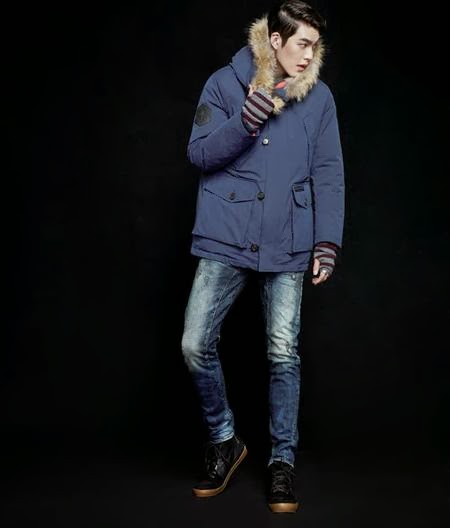 The man doesn’t wear his suits, he ROCKS his suits.  If you don’t already know, Woo Bin is the one on the right, just follow the icy, sexy glare. 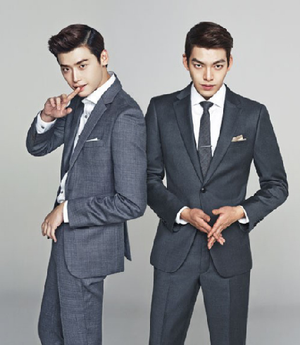 He and his bestest buddy Lee Jong Suk may be the same height, but Kim Woo Bin certainly reads much taller on screen and in print.  This is one of my favorite things about him.  His height adds to his elegance, and his sexiness.  Tall drink of water…… 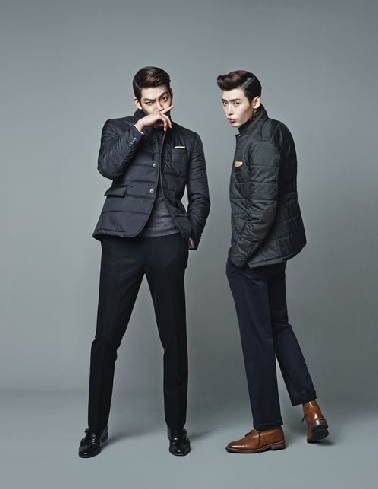 Woo Bin gives a mysterious look so well, any girl would want to get to know what’s going on behind the mysterious stare….and get him to speak with that ultra sexy voice. 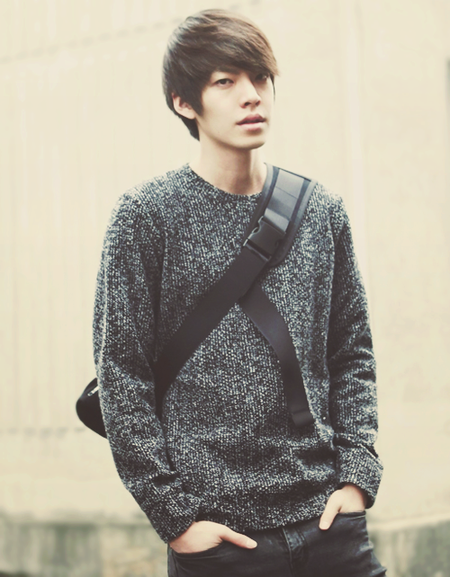 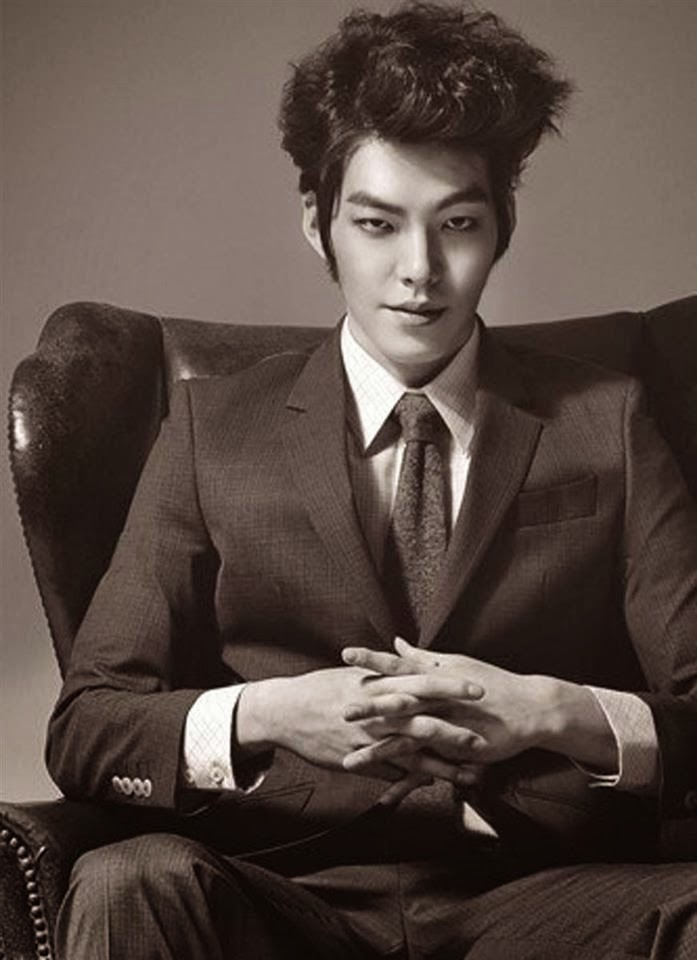