Right now I am cracking up at myself.  No, I’m not going crazy, but I am losing it with laughter.  Here’s why.  I am a very confident girl when it comes to speaking in my native language.  Even though I grew up in a place where my native accent makes our dialect version of English sound like a second language, when necessary, I can turn it off and belt out grammatically and phonically correct sentence structures without thinking about it.  I’ve always loved languages, and I feel like I would be able to move somewhere where I don’t speak the language and pick it up very quickly.

I’ve been watching a ton of Korean TV, I love their dramas and story lines, plot twists and honorifics, cute men and gorgeously dressed women, and I LOVE the sound of their language.  Now I’ve always known that there are several languages that I won’t mess around with.  I’d never move to specific places of origin like China, Japan, India, Switzerland, and try to fake it till I make it.  I know I’d really have to be crazy to do that.  These regions have language enunciations that’s hard for my English speaking tongue to replicate, and on top of that I’d probably have to learn a new alphabet. 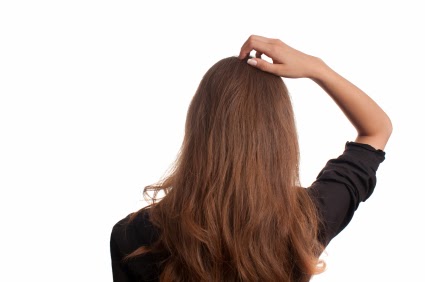 I’ve always thought any dialect of Hanyu Chinese, Japanese,  any form of Indian dialect would be too tough for me to tackle without first going to class to understand the basics.  In school we studied the obligatory Spanish and French.  I’ve spoken (very haltingly) to Italians and was somewhat able to get my basic point across (I’m sure those Italians were glad to get away from my torturous version of their language).  The Korean language, or Hangul as I’m learning, has put my tongue in a knot just trying to repeat it.

I remember there was a song on YouTube from Heirs, where it starts out with Kim Woo Bin as Choi Young Do saying in Korean that “I like you too much to do that” (I am not even going to ATTEMPT to try to write that out in an alphabetic version of Korean! Just play the video below, and the first sentence Woo Bin says is the Korean version of “I like you too much to do that”).  I’ve written in the past that I have a very good ear, and that ear partly helps me to learn to enunciate languages very close to the sound of a local.  It can get me in a lot of trouble too, because when I learn a few phrases, and then go up to a local and speak, they actually think  I can speak the language fluently, and they start to rattle off in their tongue. At that point my face slowly converts to that blank smile that says ” I don’t know what the HHHHHECK! you are saying!”.  My fallback phrases at that point is trying to remember how to say “Can you speak English” or “I speak very little ________, can you speak slowly?”

So back to this song.  I’ve been learning a few Korean words, phrases and songs, and I thought I’d give a go at some of the phrases I picked up. I wanted to see if now, after 3 months of nonstop Kdramas, I can pronounce these sentences.  So I tried the “I like you too much to do that” sentence, and I can still only get to “Krogen”(written phonically).  Not even sure if that’s how the word is spelt, I’ve noticed that the “Gs” are pronounced with a “K” sound sometimes.  The rest of it, I can’t even mimic it 2 seconds after I hear it. Shocking for me.

In the past I’d picked up some German phrases here and there. The German language, to me, sounds soft and guttural – beautiful to my ear. I initially thought that I’d never be able to mimic that language easily, and the German language was one of the many languages that I had a healthy respect for. Respect meaning, I’d go to school and learn the foundation first before I even tried to speak to someone from Germany. But I found that a lot of German words sounded a lot like English words. “Sprechen Sie Deutsch” or “Sprechen Sie Englisch” sounds like it’s English counter-part to me. “Do you speak German (Deustch)” or “Do You Speak English”. I associate “Sprechen” with “Speak” and “Englisch/Deustch” with the obvious “English/German” (although Deustch sounds more like Dutch). Once I realized there were similarities, I wasn’t afraid of the German language any more. That, and a little help from a German co-worker on the cruise ship – she taught me how to count to 10 my very first time.  But I couldn’t stop laughing when I got to the German word for “five” which is pronounced “funf” or “foonf” to be more exact, but I think it’s spelt with the 2 dots above the “u”.  I couldn’t stop laughing every time I got to the word 5.  But it came in handy because not 2 days later, a German lady, who could speak no English put a 5 dollar bill in the window and said – “funf”  – and I squealed in delight because I knew what she meant.  She wanted some nickels or 5 cent coins to play the slot machines.  What perfect timing.

So I’m laughing at myself when I say the korean word “gwaenchanha” because I had learned the word in a song, I had no idea what the song was about but I loved the music, and I kept hearing the word and finally figured out the darn thing means “it’s OK” or “are you OK”.  You have to realize, people, I’ve been singing this song for weeks, it’s the FIRST WORD of the song, straight out the gate….and I didn’t realize it was the same word/phrase I was constantly hearing until it just hit me at 1:00 a.m in the morning like a light bulb exploding.

And that’s why I’m laughing at myself.  Mainly because this Korean language is so damned hard that after 3 months I can only catch the crumbs – Ne (I hear “de” – but it means yes), whe (“why” or sometimes it seems they translate it as “what”), gwaenchanha (got the spelling from a song – TRUST ME their is NO WAY I would have figured that out by myself) Ahjuma, Ahjussi, Sunbae, Unni (Mr? Mrs? Senior, sister – I think), naega or daega (still trying to figure that out, it seems it means “I’m going to do something”?? ~haha~ or “You’re” going to do something…I can sense that one version means “I” and the other one refers to “you” but i can’t figure out which is which). “Oma & Appa or Oppa” I picked up from a little girl singing about mommy and poppy in Personal Taste. I figured out “Oh Di Ga” means “Where Are You Going?” “Oh Diya” means “where are you”, not sure of the correct spelling. “Kamsimnida” or “Kamayo” means “thanks”.  “Yeobsehyo” seems to mean hello (and I know I butchered the spelling) And the Korean language seems to add “-imnida”, “-seh-yo” and “-ssi” to the end of everything.  I never can figure out when to use “Anni” “Aniya” or ‘Aniyo” for “no”.  Everything sounds like it has an extra “h” in it somewhere.  Oh and my personal favorite, Saranghaeyo (which i think means “I love you”….and please don’t persecute me for the awful spelling).

I know without a shadow of a doubt if I’d been watching as much Tele Novela as KDramas, I’d be partially fluent in Spanish right now.  Partly because I’ve studied the language and it’s foundation.  Even though I may not know a Spanish word, I can pretty much tell when a word starts and stops when I hear someone speaking Spanish. I have no clue in Korean, ’cause I can’t even picture it in my head like I can with Spanish, French and German.  I will say when I first started watching Kdramas, it all sounded like Charlie Brown….wah wah wah.  It is getting a little better.  Just a little.

In the meantime, I’ll continue to laugh at myself and my feeble attempts.  Time to find a Korean class just for the fun of it.  Who knows, maybe I’ll be fluent after a year…..Aniyo?