OK, so I gushed on about the music from Spring Waltz so much, that I said I wouldn’t post anything else about this series.  I lied.

The music was a powerful force for me.  My reasons for not wanting to post on this series anymore was I didn’t want to start out writing a post about the show, only to have it turn into a gush-fest about the music. Been there, done that, couple of days ago here.  That might bore most people to tears.  I also didn’t want the post to be all about a Daniel Henney gush-fest either, and I was certain, 2 minutes into the first episode, that I would do exactly that. 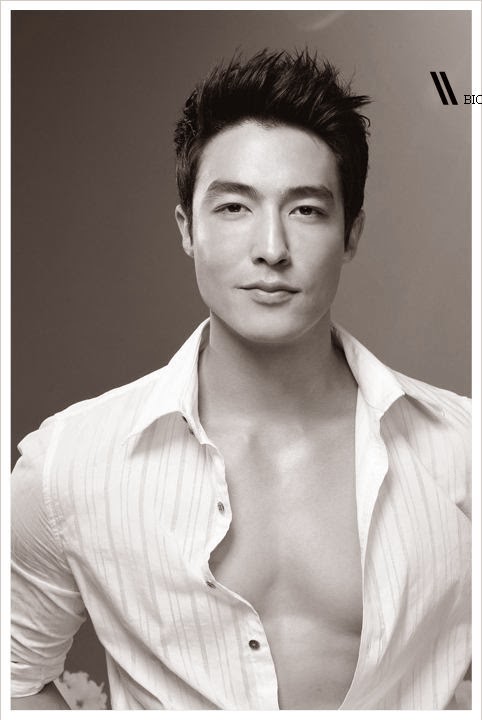 I am really surprised right now.  While I am not done watching all episodes, Daniel Henney is not the front runner on the intrigue scale.  Shocking.  When I first laid eyes on Daniel Henney my response was “Wow”.  Not my usual response.  “Wow” translate into speechless, a simple “wow” means there are no words, not even Phine is sufficient.  It’s usually “The man is Phine, blah blah blah…” or something to that effect.   He captures my attention with his perfectly chiseled looks, and his smile – even a hint of it, is like someone opening a window in a stuffy room.  You immediately want to get closer to get a whiff of fresh clean air.  In other words, his smile makes you want to breath him all in.

However, Seo Do Young unexpectedly captured my eye and held it.  He’s not the prettiest of the duo, but he certainly is holding his own.  Maybe because his features individually are different, a little unique, a little “Kim Woo-Bin-ish”?  His lips have a slight upturn at the corners, making him look like he is smiling all the time, even when his character – Yoon Jae Ha – is at his “hell-meanest”.  His eyes and their expressions, the way he looks at a person, the way he occupies someone else’s space with his eyes is…..sexy.  If there were ever a time I would appropriately use the phrase “Je ne sais quoi” this would be it.  His face has that certain something, that it factor that you can’t describe, it’s just there.  His voice is beautiful. Not too deep, not too guttural, very smooth.  He also has a tall, commanding, authoritative presence. We women are drawn to that kind of power, even if sometimes it’s an illusion.  With all that he is,  he has successfully been able to be louder than the music in this series.  The music was consistently very beautiful, and he managed to trump that and  the phine-ness that is Daniel Henney. 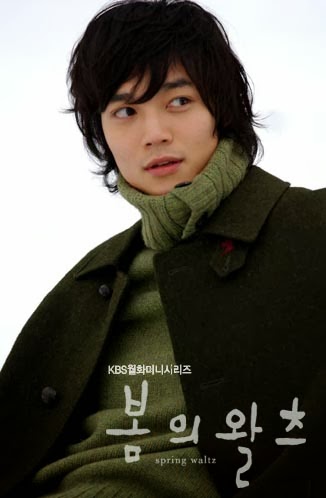 The difference is loud enough to make me want to post about it.  Daniel’s character, Phillip Rosenthal, showed up pretty early in the first episode.  When I did see Jae Ha, I recognized him as a good looking man, but I thought for sure I would get all giddy and romantic ~sigh~ when Phillip would grace the screen.  Not so.  It was the exact opposite.  Oh Phillip got his compliments every time I laid eyes on him, make no mistake.  You know, the usual “damn, he’s phine; Good Lord He’s Good Looking; Ooh My” …expressions of that nature.  The man WILL get a reaction out of any girl with at least half  a working eyeball.  However, beyond that gorgeous exterior, some how I wasn’t drawn in.

I was completely drawn into Jae Ha’s character.  I wanted to be Eun Young when Jae Ha first kissed her, showed her attention, stopped being a jerk and showed her how he cared for her.  Jae Ha’s character had some MEAT to it. He was a moody and rude somabit**  in this series.  Even while he was mean and rude, he exuded that sex appeal.  Phillip surely would have been far less drama to date, but somehow, true to life, we ladies want the good looking S.O.B. that we can tame.

I think it must be the real life good looking features combined with the closed off moody personality, and the mysterious look in his eyes that make Jae Ha so magnetic. Let’s face it…Phillip’s looks is just out of this world, celestial, not from this planet, can’t possibly be real.  You’d have to be a super-duper gorgeous female model to even consider you’d be able to wrangle that beast to take a romantic glimpse in your direction.  But Jae Ha’s looks are real life, earth level, good looking.  The kind of looks you’d encounter on an elevator, at a party, on the job, somewhere, anywhere on this planet. And the personality – rude as he may be, makes him intriguing.  You know, like the horror movies where you hear a noise down a dark hall and you enter against your better judgement, to find out where the noise is coming from?  Only to get mauled by the beast?  Yeah, that kind of intrigue.

Pretty Is Not Enough

The lesson here for any male actor to learn is it’s not just enough to be pretty, phine or physically buff.  It’s the actor’s ability to be able to draw the female viewer in beyond the looks.  It’s this little trick that makes a female viewer fall in love with a bad boy character, a pain in the a** character, or a moody and rude character like Jae Ha.  That ability to hook you in can make a lessor eye candy overtake the obvious eye candy in the room and loudly translate on your TV screen – and in viewer ratings.  Who knew?  All the ones I’ve drooled over were lookers and they had the ability to draw you in.  But ironically, the person of all my favorite Korean actors, who draws me in the most is not the prettiest or phinest of the bunch.  Of Kim Woo Bin, Choi Jin Hyuk, So Ji Sub, Lee Min Ho, Song Seung Heon – So Ji Sub is my favorite.  He is VERY good looking.  Not the one you’d notice first in a line up with all the others.  I feel that of the five Choi Jin Hyuk and Song Seung Heon (and Lee Min Ho, but he has to buff up a bit to compare to the other 2) are better looking physically.  But if I were given the opportunity to meet any one of the the 5, I would choose So Ji Sub hands down, because he draws me in beyond the good looks.  Even in interviews when he’s not in character, he still has the  ability to do the same.

Now my list of favorite Korean actors that I troll online for their movies and TV shows, is growing.  Seo Do Young is now added to that list.  Almost up there with So Ji Sub – almost. He’s got a long ways to go, and I don’t know if he’ll ever surpass Mr So.  But it’ll be fun to see if he can.

I watched Spring Waltz on Hulu.com, but I’m sure DramaFever.com has it as well.  If you haven’t seen it hop on over and watch.  It won’t disappoint.  Happy viewing!