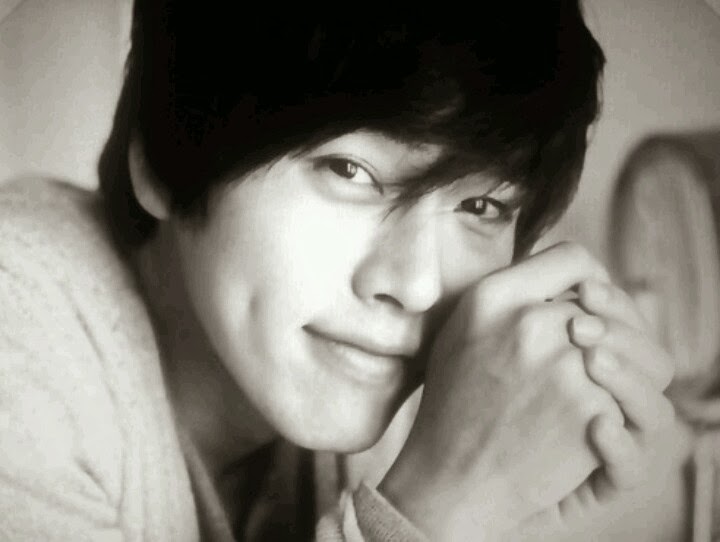 Hyun Bin is my new leading man crush of all my KDrama leading man crushes.  He was halfway ahead of my list when I watched The Lovely Sam Soon, surpassed everyone after I watched him in Secret Garden, and is now way ahead of the pack as I’m watching him in Snow Queen.  He is beautiful, in a non terrifying, relatable way.  Let me explain.

If I were a young girl (let’s say 18 – 20), and I met Lee Min Ho in any circumstance, there would be a lot of screaming involved, definitely begging for an autograph, etc.  You get the picture.  Song Seung Heon, Choi Jin Hyuk, Seo Do Young, Kim Woo Bin, would all get a shriek maybe because I’d at least want to look a little bit cool with any of them.  So Ji Sub would get a quiet cheshire cat grin from me, maybe a humble bow, I just think he is so cool and deserves my respect.  Yes, Ji Sub gets the most quiet response, but for me the more quiet the response, the more I like you.  I LOVE So Ji Sub, I’ve said it so many times in this blog I cannot count.  Hyun Bin?  I don’t even know what category to put him in.

If I met Hyun Bin I might faint.  Is that quiet enough for you?  I believe this man has a beauty that is unique, quiet and most importantly, inviting. He’s not super girlie-pretty, but very manly and handsome.  And I believe his appeal crosses the younger generation, older generation and every thing in between.  His singular features by themselves are nice but I can find any other actor from my favorite list whose singular comparable feature can beat Hyun Bin’s.  So Ji Sub’s eyes, lips AND hands are sexier, even Choi Jin Hyuk’s lips beat out Hyun Bin’s.  Song Seung Heon’s eyes runs rings around Hyun Bin’s.  Lee Min Ho’s dimpled smile is just as cute, I think.  But somehow, when you total up all Hyun Bin’s features together, he beats them all. 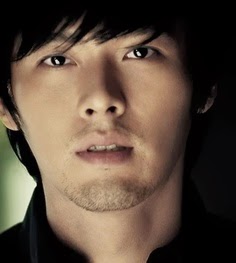 Hyun Bin has a way to draw you in completely, in a comfortable way – like an old, familiar, broken-in shoe.  You just want to wear those shoes every day.  His good looks is not intimidating at all.   His side profile is also just as beautiful as his frontal view.  He’s perfect – whether he’s clean or scruffy, clean shaven or facial hair, long hair or crew cut.  I like his eyes and how he looks at you, but for the life of me I can’t figure out why.  I can’t tell you the details of why his eyes are nice – they just are. Song Seung Heon’s eyes are expressive and he knows it, by the way he blinks ever so slowly, (maybe to showcase the long lashes), and he utilizes his eyes in his acting in a unique way that I don’t see with anyone else.  But Hyun Bin does nothing special with his eyes, but his expressive stares sure are off the chain gorgeous.  His smile is also gorgeous – even a hint of a smile activates the cute dimples.  The man is just fascinating. If he were a player or had doggish tendencies he would leave many broken hearted girls in his wake.

Now, I drool – heavily – at Hyun Bin, but I must give a nod to his acting.  He seems to completely transform for each role.  So much so that when I was done watching The Lovely Sam Soon and started watching Secret Garden, I knew he was in Secret Garden but I didn’t recognize him until maybe the 2nd episode.  I was also really amazed that in Snow Queen he played his younger school counterpart himself, and it was believable.  He looked like a young school kid as opposed to the older character.  His acting style also reminds me somewhat of Kim Woo Bin’s, who has the ability to change facial expressions to express an emotion with the tiniest facial movement that registers loudly on screen.  Hyun Bin does the same, and his annoyed “cut-eye” look is intense and memorable, evidenced by the fact that I mention it and struggle to find an adjective to describe it.

I respect the fact that he is handsome and can actually act.  That is a requirement for me.  It is very boring when a good looking actor is not good at acting.  A good looking actor who can’t act is like a good looking guy who can’t hold a sensible conversation.  Neither will hold my attention.  They definitely can’t  hold my attention through 2 episodes let alone 20.    Women are emotional creatures, and we like to feel the emotion, the mental stimulation and see the eye candy.  So: eye candy – emotion = a big fat zero.  Hyun Bin gets a 10, or maybe a 100% because I believe he has it all.

So if you know my usual modus operandi, I am now on the hunt for any movie or drama series involving Hyun Bin and I’m watching them all….and blogging.  Now that I’ve gotten the gush-fest out of my system, I can post objectively about the shows he’s in.  Stay tuned 😉