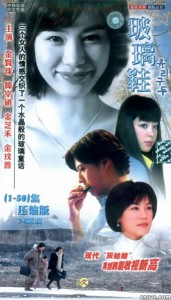 I am now watching Glass Slippers, starring my favorite Korean actor, So Ji Sub and also Kim Hyun Ju. This is an old drama from way back in 2002. Even still, I was excited because there are 40 episodes where I can feast my eyes on So Ji Sub. I must say that his character (Park Chul Woong) is different in this drama than all the other shows I’ve seen so far.  Still somewhat intense, but less dark. He’s not in control because he’s so madly in love with Kim Yun Hee / Lee Sun Woo, almost bordering on pathetic, very vulnerable and  not afraid to show how hard he loves.  But he packs a mean punch and can fight his a** off, with an extreme love for Bruce Lee.  He’s stubborn and determined to get the girl …. I liked this drama.

My favorite characters were of course, Park Chul Woong, again – drool + So Ji Sub + 40 episodes. I also really liked Kim Yun Hee / Lee Sun Woo (played by Kim Hyun Ju) because she was a good girl in some bad circumstances and I was rooting for her.  Kim Hyun Ju is a veeeery beautiful girl, and there were all these rumors about her and So Ji Sub that I’d read about.  By the end of the series, I’m praying for a lightning bolt to strike somewhere and get them back together or married.  Even though it seemed there were tons of rumors, it appears So Ji Sub may have been very much in love with her.  He’s my guy, and I want him to be happy, and I can see those two together, I hope a miracle can happen for them. 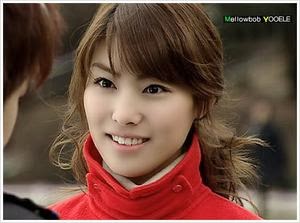 But back to the show. I ABSOLUTELY LOVED Park Yeon Woong (played by Kim Jung Hwa) in this drama.   She’s Chul Woong’s sister and was tough-as-nails, gorgeous (her “bambie” doe eyes are really cute), and very intuitive about her family.  I thought she was fun.  I loved how she took no prisoners, took no BS, and she wasn’t afraid to yell at anyone and make their ears bleed. She stood up to anyone and anything; money, moms, everything in between. I even liked her cutie pie fiancé Yun Seo Joon (played by Kim Min Sung). He has the most gorgeous smile. He’s the kind of cute that creeps up on you, and I noticed him first by his smile. But I loved his personality. He was the “Kool Korean Kat” in this series. He understood his mother but rarely agreed with her, never disrespected her, only saying “Omah” in that annoyed tone when she would lose it on anyone in the house. He was the gentle son/cousin who had no interest in the stressful family business, a lady killer that didn’t want to settle down until he met the tough Yeon Woong. He appeared to be the calm, happy-go-lucky presence in that house, with always the right thing to say to make his cousins feel better. Even his facial expressions were entertaining and funny, I really enjoyed watching him.

Speaking of Seo Joon’s mother, now there’s a voice that can truly make your ears bleed.  Lord have mercy! When she got hot under the collar, and started yelling, she could clear the room, the house, the block, heck – even the city. Did I say cantankerous? Whoooo, if I had an aunt or mom like her, I would find a job where I worked at least 14 hour days, 7 days a week just so I could avoid that noise. What’s the worst that could happen? I’d hopefully make tons of money and my ears would recover. She doesn’t seem to know it, but she needs a daughter in law like Park Yeon Woong. Anyone less tougher would crumble in her wake.  She’s mean because she wants to maintain hierarchy and status quo at all costs, her life seems to revolve around it. But the irony is her father didn’t involve her in the family business, and her son could care less about it. She’s irritated because she has to help care for her brother’s daughter, and her father seems to adore the grand daughter more than her. I know that house would be a lot calmer without her screaming. But then again, where’s the fun in that!

Now I have saved the worst for last. I’ve called this character a creighton many times while watching the show.  I can’t remember the last time I’ve ever used that word, but boy this character brought it out of the depths of my memory.  That witch Woo Seung Hee (played by Kim Min Sun) got what she deserved in the end.  I’ve never seen someone scheme and crook so much to try to control her destiny.  Kim Min Sun played that part to the maximum. Every time I saw her face I would immediately scowl.  If an actor playing an ultimate bad boy or girl can make you angry when you lay eyes on them, then they’ve done their job, with some fine acting indeed. Chul Woong said Seung Hee’s “a girl that does very naughty things” and that was an understatement. When her world crashed I enjoyed every minute of it.  I hope that Kim Min Sun got some sort of award for that part because she deserves it.

If you haven’t seen this show yet, you should. It’s a long series, so bundle up, this one will take a while to get through. The only place I could find Glass Slippers was at GoodDrama.net, but I’m glad I found it.  It’s introduced me to a few new actors that I can look forward to.