I just got done watching Summer Scents and it was a nice series.  Apparently this was a very popular series from the Endless Love four seasons drama, and it took me a while to get to them.  I’d known that Song Seung Heon was in Summer Scents and I looked forward to watching it, Song Seung Heon is a lot of eye candy, but it took me a while to get into it, I don’t know why.  Maybe because I absolutely hated his hair in this series.  Really I think because from the beginning I could tell it would be a tear jerker, and at the time I’d just watched I’m Sorry I Love You and my eyeballs were still recuperating from all the crying.  So I started and stopped, and jerked along until I finally got through it.  I wasn’t happy with the ending because the story line went through so much with the traditional Korean love story push and pull, only to get to the end without letting me, the viewer, actually see the happy ending.  I had to imagine that they actually ended up together – maybe. 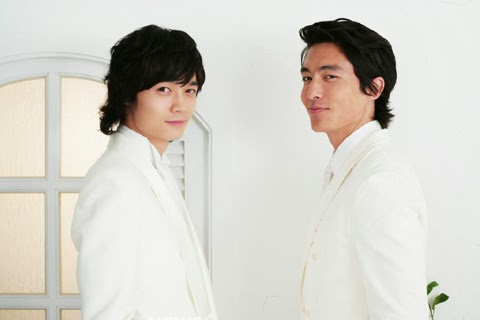 However, this post is not actually about Summer Scents but rather Spring Waltz which started to play automatically on Hulu.com once Summer Scents was over.  Now, normally I would be very aware of what I was watching, because I would troll the videos for Korean actors I’m familiar with and want to see.  I didn’t this time, I just let it play.  All of you should know by now I started watching Korean dramas and movies for the eye candy.  Not 2 minutes into the first episode my eyeballs were slammed with the likes of Phillip Rosenthal (played by Daniel Henney).  What a gorgeous, English speaking, breath of fresh air.  I know I’ve always gushed about Lee Min Ho but Mr. Henney is the elder, PHINER, sexier equivalent.  And I say “Mr.” out of respect for all that beauty.  He is “shaken, not stirred“, with his American/Korean background, and it was clear as soon as he started speaking, that English was not his second language. 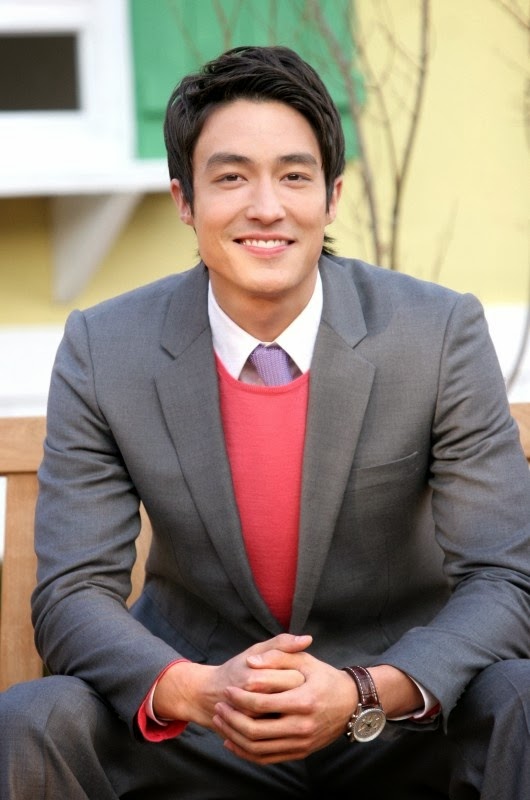 The other male star of Spring Waltz – Seo Do Young, is no chopped liver, either.  He is good looking, and if he is actually playing that piano, then he is one bad mother “shut-yo’-mouth”.  What he did to the version of Clementine borders on nothing other than the sublime,  and I back tracked the video just to hear it again – 3 times.  I knew when he pecked out the first verse that the 2nd one was going to be outstanding in an elaborate way.  I just sensed that the one finger peck was the appetizer and the main course was going to be Fillet Mignon, and I was right.

I haven’t even started episode 2, and the music alone is enough to make me fall in love.  The fact that I am blogging just about episode one even before watching the series in it’s entirety shows the impact to my psyche.  The ear candy puts the pretty boys to the back seat.  I look forward to the moody and introverted Yoon Jae Ha’s ivory tickling moments.  But he doesn’t just tickle the ivory, he makes love to it.  The result is an orgasmic release of the most beautiful classical music I’ve heard in a long time.  I don’t listen to classical music a lot because I cannot predict what mood I’m going to be in once I come out of a classical music binge, and I haven’t done it in a long while.  I end up sometimes dark, introverted and moody or quiet.  Othertimes I end up so upbeat, I can clean a house from top to bottom and wonder where the time went.

My history with the beloved piano is one of love and regret.  My regret exists because I never learned to play well.  I have a ridiculously awesome ear.  If I could get my hands to do what my inner ear hears and creates, I would have been one fabulous player.  My love for the piano is that of a first love you’ve fallen completely head over heels, who you can never get out of your mind, who’s love, touch and taste you crave, but you know you’ll never get the chance to experience them again in the same way.  I grew up listening to my father – a master jazz pianist in the Caribbean – turn calypso songs into jazz works of art.  Our house was always filled with some type of music.  I was uber sensitive to any music with even a hint of piano or violins.  I remember both my father and I buying a Yamaha DX7 together, and the DX7 is the classic equivalent to the electronic keyboard market, like the mustang is the ultimate classic in the american auto industry.   I wanted to learn to play like my father so bad. I had little patience to learn the basics because my ears heard such advanced notes and chords, but my hands couldn’t follow.  I became frustrated easily when the chord progressions in my head could not be produced by my hands.  I sat in awe when my father would plug the earphones into the DX7 late at night, after coming home from playing the piano at a club or event, and then pound those keys as if there was no tomorrow.  Even though I couldn’t actually hear any music, the speed of his fingers flying over the keys on that DX7 was amazing.

My mother on the other hand LOVED classical music, loaded with strings and piano.  I would listen – and love – when she would play hours of Rachmaninov piano concerto.  To this day any one of his countless concertos make me think of her.  It’s beautiful orchestra captivated my ear, my heart, my soul, my peace, I cannot explain the feelings eloquently – at all.  I would listen for hours, on the floor, picking out every note, every chord, following the arrangements of each instrument throughout the piece, then starting that same piece over again at the beginning  just to follow another instrument to the end.  At times I would make up ballet choreography in my mind to each favorite tune, I enjoyed every minute of it. Her favorite – and mine – is the concerto no. 2 in c minor.  I know every inch of that piece by heart. I cannot hear it loud enough.  My eardrums could break I wouldn’t care as long as that was the last sound I heard.  I always listened to it at concert hall volume.  If I could get it any louder I would.  It always made me feel as if my spirit was worlds away and all time, troubles, pain, everything would cease to exist.  Every time, E-VER-Y time I listen to it, I get goose bumps.

This interesting mix of jazz and classical music exposure allowed me to appreciate all music, but when I watched the first episode of Spring Waltz and heard Yoon Jae Ha play, the ear candy began and over powered all eye candy and any love story.  I stopped caring about the romance.  I stopped caring about the possibility of the guy getting the girl.  I don’t care if I even see Daniel Henney again throughout this series…..(OK, let’s not get ahead of ourselves here).  Music has always been my first love, my first lover, my first ear candy.  All the eye candy in the world cannot compete or compare.  I am going to watch the rest of this series, but I won’t post anymore about it.  I don’t think I can write about the series clearly without droning on about the music, and that may be boring to some.

If you love this style of music, I know you will enjoy this drama.  I already sense I will.

In Loving Memory of Mom: Rachmaninov