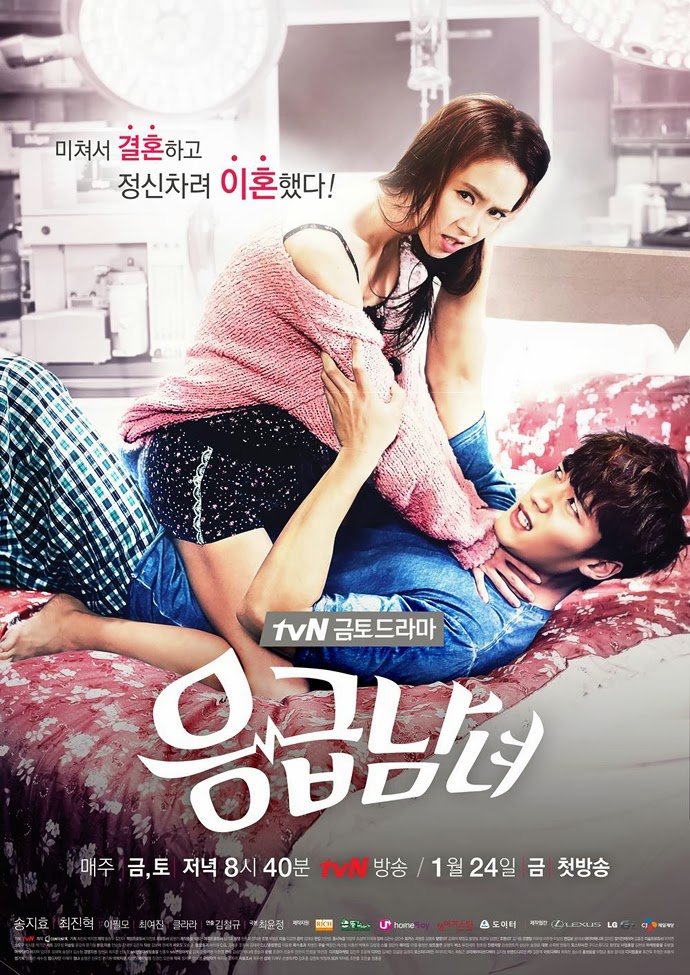 I am as giddy as a fat kid in a candy store right now, somebody dab my forehead to remove the sweat, please! Looks like we didn’t have to wait too long after Hiers to be graced with the beautiful perfection that is Choi Jin Hyuk.  If you’re as big a fan of Choi Jin Hyuk as I am, he’ll be starring in a new series called Emergency Couple, along side the beautiful Song Ji Hyo.  Is it because of Song Ji Hyo that I’m excited? Nooooo-ooo-oooh!!! Not unless she grew muscles, turned into a fine sexy guy who looked like Choi Jin Hyuk and grew a pair – naturally.

I’m excited to hear that deep voice of Choi Jin Hyuk, to gaze into those eyes, and I’m praying they show him flexing those muscles in some capacity. I need to see lots and lots of love scenes in this series ( a girl can hope to see him pucker up those cute lips).  But it seems this series is going to be funny, a true rom/com, as these two appear to have a very crazy love/hate relationship.

There’s also going to be one of Choi Jin Hyuk’s former co-stars from I Need Romance, the beautiful Choi Yeo Jin.  I loved her in that series, she was funny, cool, and she reminds me so much of 2 characters from Sex And The City.  I’m looking forward to seeing her in this new series…not as much as Choi Jin Hyuk, because I’m sure if she’s in any scenes with Jin Hyuk, she’ll get lost in the “Blinding Glare” of Jin Hyuk’s “Phine-ness” (Oh, I kill me!)

When you combine humor, Choi Jin Hyuk in all his “Phinest” glory, and a pretty co-star in Song Ji Hyo, this one looks like it’s going to be a lot of fun.  It’ll be available on DramaFever.com and premiers on January 24th.  I’ll try to pay attention to the plot, story line, and the acting skills, but I may be too busy wiping up the drool.  I await with bated breath.