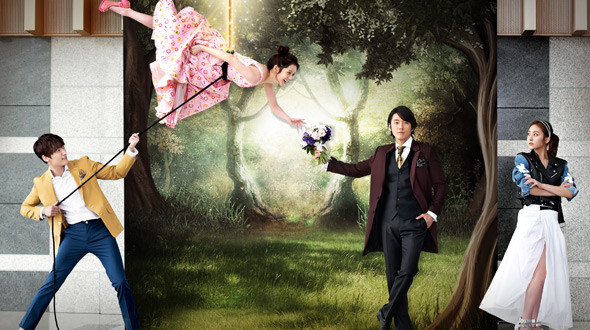 Fated To Love You (운명처럼 널 사랑해) is by far the funniest romantic comedy this year (my opinion), and it’s a Korean remake of the original and popular Taiwanese version.  I personally fell in love 5 seconds into this drama when Lee Gun (played by Jang Hyuk) decided to show us how to sell a hair product during a commercial shoot.  With his dripping wet shirt, defined muscles, gorgeous face and a wicked laugh that seals the deal, Lee Gun steals the show in every way.  I love the fact that he appears to be an obnoxious chaebol but has a heart that beats behind that annoying exterior.

Fated To Love You stars Jang Hyuk, Jang Na Ra, Choi Jin Hyuk and Wang Ji Wan, and it’s all about an accidental coupling of a rich Chaebol (Lee Gun) with an uneducated, meek and totally polar opposite Kim Mi Young (Jang Na Ra).  It’s a really cool romantic comedy.  And you know how much I love my romantic Kdramas, especially when they involve some of my super “fave” actors like Choi Jin Hyuk.  I’m always excited when Choi Jin Hyuk tickles my eyeballs on any screen, but in this drama, my eyeballs were busy with Jang Hyuk as well. 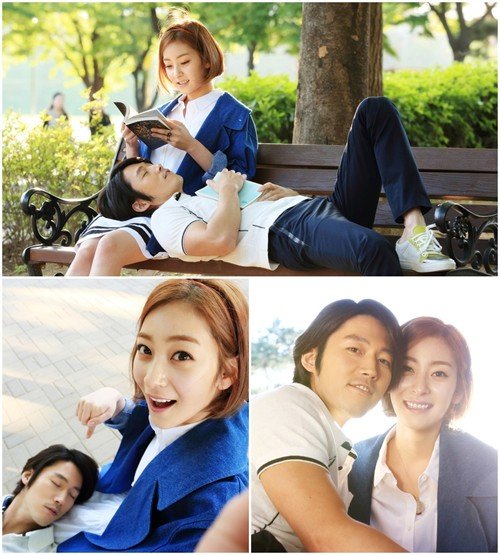 The females didn’t disappoint either.  Wang Ji Wan has by far become one of my favorite Korean female actresses.  I LOVED her deliciously bitchy portrayal in I Need Romance 3, and I was excited to see her in this drama, though she didn’t have a super strong role.  It’s no secret I prefer the strong female roles, and she really does it well.  But she was still good in this one.  Even Jang Na Ra managed to make me like her character Kim Mi Young, even though I hate weak, sniveling female characters in any KDramas.  But somebody’s gotta do weak and sniveling, however, it wasn’t Kim Mi Young, as she may have appeared weak in the beginning, but she showed strength in a different way, and the realization creeps up on you when you least expect it.  I would imagine it takes guts to marry someone you know is in love with someone else.  And thumbs up to how very pretty she was, even behind the geeky glasses and dowdy clothes, her beauty still shined bright. 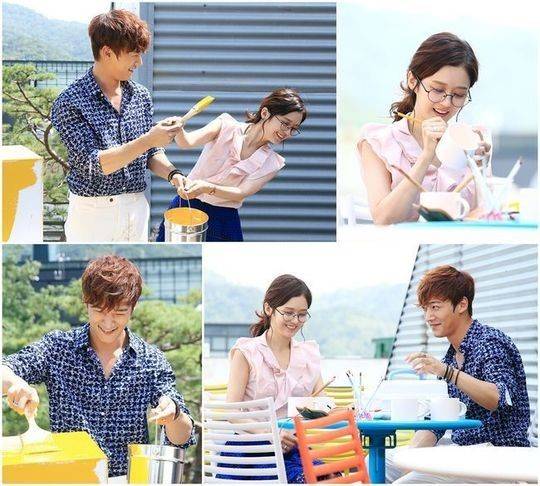 Ahhhh, and what can I say about super “Phine” Choi Jin Hyuk.  I say it every time but the man can **really** rock a suit…jeongmal!  Even the cringe worthy plaid suit he wore in the art gallery, looked super beautiful hanging on his frame. I don’t know what it is, but it can’t be because he’s tall, cute, and with a gorgeously perfect body (you think?).  There are tons of cute guys in these Korean dramas, and they look nice in suits, most good looking men do, but there are some that stand out and Choi Jin Hyuk is certainly one of them.  I also enjoyed watching his funny side, with the hilarious tug of war between his character Daniel Pitt (Choi Jin Hyuk) and Lee Gun (Jang Hyuk) over Kim Mi Young (Jang Na Ra), especially at the photo shoot. 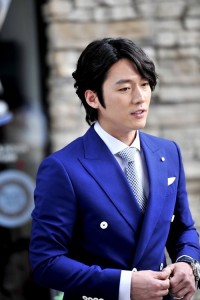 Now Jang Hyuk is a new discovery for me, I’ve never seen him in any other drama or movie, but he is one “Phine” individual.  He reminds me of a more mature Hyun Bin.  I actually even think Jang Hyuk is sexier.  He has the ability to look through you like Hyun Bin does but in a sexier, teasingly meaner way, and it manages to jump off the screen.  Jang Hyuk’s interpretation of Lee Gun was flawless,  and he played the heaven out of the character.  I loved his super mean, super annoying (depending on the situation) laugh.  It’s the eye-closing kind of laugh.  Like you can close your eyes and hear it across a crowded room and you’ll instantly know it’s him – OR – he starts that wicked laughing and you close your eyes and pray no one notices.

Jang Hyuk shows his acting prowess most in the soft moments where he is tender and vulnerable. A good example of that is when Lee Gun realizes he may actually be falling for Kim Mi Young, Jang Hyuk’s facial expression seems a thousand percent sincere, and I feel like as I’m watching, I’m invading on a couple’s private time.

And booooooy can Jang Hyuk “rock” a suit! Not as good as Choi Jin Hyuk but damned close!

Now, at first I thought episode 12 was the end (I hit my head on a curb and felt a good show like this would only last 12 episodes, maybe?) and as it was I wasn’t happy with the ending if episode 12 was it, it felt like Lee Gun was going to make a go for the relationship in episode 11, only to have him walk away, creating a catastrophic loss, then change his mind when it’s too late.  I also felt like I was left hanging with regards to Choi Jin Hyuk’s character, Daniel Pitt, and his search for his sister.

But it turns out Fated To Love You is not done yet on Viki.com **whoohoo!!!** and so I get to hope for my happy ending and see what comes of Daniel Pitts search for his sister.

Ironically, in episodes 13 and 14, Mi Young is back from Paris in town with Daniel Pitt after 3 years away (with a much better style and no more big glasses), showcasing her artwork in her very first show, and good ole’ Lee Gun is aware she’s back and is breaking his neck trying to get in her good graces again.  But Mi Young is not a sniveling “weakie” anymore, but a confident artist who can hold her own and she’s not ready to go down that path again with Lee Gun, but Daniel Pitt sure is.  Daniel’s been dropping hints about his feelings for Mi Young all over the place and she’s not really taking the bait.  He’s proposing in episode 14, but we have to wait until episode 15 to hear her answer.

I am so tickled pink that Fated To Love You is not over, that I have hope again for my happy romantic ending.  I usually pull for the underdog in these romantic dramas, but not this time.  Sorry Daniel Pitt, I’m hoping Lee Gun-ssi gets the girl.

If you haven’t seen this yet you’ll want to add this to your watch list.  Watch full episodes